2017 will see me - hopefully - completing what I started in 2016, which is simplifying my online presence. My website address now relocates to my Wordpress site, where I also have an active blog, so the next step is to co-ordinate this blog and my dreamwidth one. Like many folk, I'll be heading to dreamwidth for my main blog, although I'll keep my

mylodon presence for all things fandom.

Come and link up at Dreamwidth/Wordpress!

Had a good three miles (at a guess) walk today, past the reservoir and observatory, up to the beacon at Toothill, back past the stables and home. Included another road we've never walked along in all the years we've lived here.

Given that the expected response to, “O God, make speed to save us,” is, “O Lord, make haste to help us,” it’s easy to imagine the reaction among those assembled in Melton Abbey for choral evensong when one of the tenors responded with a loud, “Bloody Hell!” instead.
Canon Harrison lifted his hand to calm the small but hugely shocked congregation. “Please bear with us. There appears to be a slight problem.”
Harrison being a renowned master of understatement, the canon’s pronouncement did nothing to assuage anyone’s concerns. People had got onto their feet, craning their necks to see what was going on. The tenor who’d shouted out—now white as a sheet and being supported by a fellow choir member—opened and closed his mouth like a goldfish, although nothing emerged. Anybody might have reacted similarly had his fellow tenor suddenly retched all over his service book before falling down, especially since it looked like the man concerned was stone dead.
And, despite the second reading having related the story of Lazarus, there appeared to be no way Bert Talbot was coming back.
A local doctor among the congregation went up to the choir stalls, while everyone else was instructed to remain seated and keep calm. Not so easy to achieve, given that Mrs Talbot was wailing from her pew.
“He always said his heart would finish him! I thought he was making a fuss over nothing, as usual. He’s made himself quite ill the last few weeks, worrying about the moles attacking his precious lawn. Why didn’t I notice the signs, Mary?”
Her companion patted the newly widowed woman’s hand, making soothing noises. “Shh. There’s nothing you can do for him by blaming yourself. He’d have wanted you to be strong.”
Someone in the front pew asked Canon Harrison if she could fetch Mrs Talbot a drink of water, which was permitted, but a request from another parishioner that they be allowed to go home was turned down. An aside from the doctor, inaudible from the body of the abbey, had clearly changed the situation. Murmurs broke out once more in the congregation, low voices hinting at there being more to this than simple heart failure.
It took a cherubic boy alto—hardly a babe or suckling but the nearest thing to one present that evening—to articulate what everyone was thinking. “Coo. Dead as a dodo. Has Mr Stokes murdered him at last?”

Brad's interview with me is now available - do drop in and listen because I think I was pretty intelligible and relatively intelligent. And yes, aliens do feature in my cosy mystery theorising.

I had great fun on Saturday, recording my podcast with Brad, prior to guesting on his site tomorrow. The questions were very interesting and I tried not to use any cockney rhyming slang, although I do recall giggling quite a lot (mainly when the recording stopped.)

I am completely addicted to Nick Heath's life commentaries, which you can find on his twitter feed and youtube channels. A warning - these are very British in humour, totally addictive and can have the unexpected effect of making you start doing your own.

We are having a sunflower growing competition in the family - hosted by eldest daughter - who posted a picture today in our iPhone group showing my seed had sprouted ahead of the others. I couldn't resist: "Well, you join me live at the West End sunflower sprouting event, where we have a false start by 'Mum's Fancy'. Over the line before the starter waved the flag, so that one will have to go to the stewards for a decision."

The last few days have been beautiful weather wise. Bees and butterflies appearing among the spring flowers. If you fancy something slightly more exotic, what about keeping an eye on the Winchester Cathedral peregrine falcons via the webcam? Or you could make sure the animals at Marwell aren't misbehaving.

Have a random polar bear...

We're determined to make the most of our short break because who knows what the next few weeks and months hold?

Anyway, the Roman influence is strong.

These stunning mosaics were found 200 years ago under Sussex farmland. (Bignor villa.) Great quality, as you can tell from how small some of the tesserae are.

And see that bay in the distance?

That's Pegwell Bay, where Julius Caesar sailed his ships when first they landed on our shores. (Very appropriate to take the picture yesterday, on the ides of March. 'infamy, infamy...')

By now I should have been in my hotel room in Rome, eagerly awaiting the Six Nations clash between Italy and England. As it is, I’m getting my stuff ready to pack for going off to Ramsgate in sunny (maybe) Kent, the garden of England. I visited there when I was about six and in my mind it’s a magical place. I dare say the reality will be different. I’ll be blogging about my adventures at my website.

Books are like buses. None for ages and then three all at the same time. Almost. Lessons in Following a Poisonous Trail is first up and available for pre-order, for a release date of 6th April.

Then I’ve a short story in Given in Evidence: A Collection of Short Crime & Thriller Stories from Lume books (the new name for Endeavour Media, who have the Cambridge Fellows books.) Pre-orders for that go live on April 10th and it goes live on May 1st.

Then later in May the next Lindenshaw mystery – A Carriage of Misjustice – hits the shelves. I’ll post the link when I have it.

“Right. We have work to do.”
“So we have.”
The cottage three doors down was owned by a fiercely independent lady in her seventies, whom they’d told that if she ever needed anything done round the house or garden that didn’t need technical skill, just a touch of brawn, she shouldn’t hesitate to call on them. It would have to be serious for her to call in that offer, and the loss of three fence panels in a storm two days previously would come into that category. They’d take Campbell—Mrs. Haig doted on him—and the pair of them could supervise Adam and Robin while they repaired the old panels and shifted them back into place. The fact that Mrs. Haig’s boiled fruit cake was legendary, turned an act of kindness into a positive pleasure.
They got into their working clothes and set off.
An hour, a cup of tea, and a large slab of cake later, the old panels were out and the new ones ready to be installed.
“You’re doing a grand job, there,” Mrs. Haig said. “I don’t know what I’d do without you.”
“It’s a pleasure. Better than marking books or catching criminals.” Adam gave his husband a wink. “Neither of us take enough exercise.”
“I used to watch you running with Campbell.” She scratched the dog’s ear. “I suppose you’re too busy for that these days.”
“You’re right. We tend to take him for a walk together, don’t we?”
“Yes,” Robin replied. “It makes sure we spend time together, too.” They had no need to hide their relationship from their hostess. Her brother was gay, a stalwart of musical chorus lines in London.
“You could join the church choir,” she suggested. “They always need tenors.”
“I’d love to, but I’d always be ringing Martin up to say I couldn’t make the practices. Armed robbery to sort out or whatever.”
Adam hid his grin in his teacup. The choirmaster fancied Robin and barely hid it.
“Yes, I suppose so.” Mrs. Haig frowned. “You work too hard, the pair of you. And here’s me eating into your weekend.”
Adam shook his head. “This isn’t work, it’s play.” And the sight of Robin in an old t-shirt, muscles rippling and working up a sweat was a sight to enjoy. Adam gave him an affectionate glance, which was immediately returned.
“These panels won’t install themselves,” Robin said hastily, perhaps with half a mind on some less strenuous but highly enjoyable activity that could go on later, assuming they weren’t too tired. 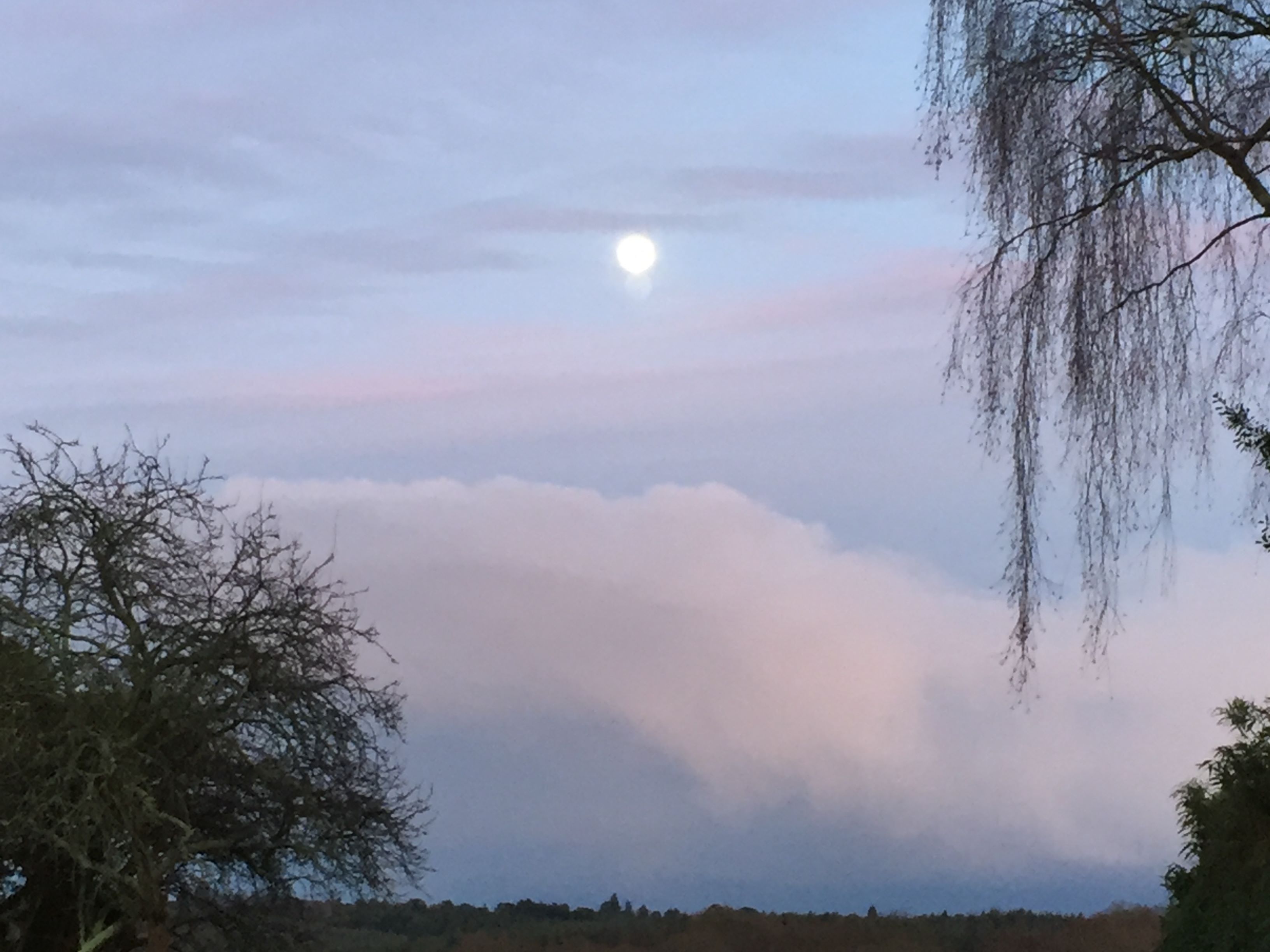