Good afternoon (or morning or evening, depending on when this finds you). Life at Cochrane central bounces along as normal, the latest invasion of workmen being to replace the wooden posts either side of our drive entrance that were rotted away at the base and at risk of falling over if they encountered anything more vigorous than a butterfly going past. It’s all go here!

Very busy over the last fortnight. Love in Every Season is now available in ebook and An Act of Detection is out from Williams and Whiting in both print and e-book. Lots of positive feedback about that cover. An Act of Detection consists of two stories, one a reissue and the other brand, spanking new. 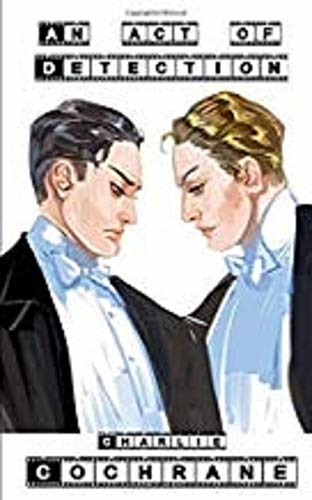 Of course, like buses, covers come in bunches, so I have the artwork for the next Cambridge Fellows novella to share with you, too. Isn’t it great? Many thanks to the multi-talented Alex Beecroft for kitting out this series.

Lessons in Playing a Murderous Tune is now up for pre-order. Release date 26th August.

The excerpt today has to be from the new Alasdair and Toby story in An Act of Detection.

Stars of the silver screen Alasdair Hamilton and Toby Bowe wow the post WWII audiences with their performances. But when they depict Holmes and Watson life starts to imitate art. They get asked in by a friend to investigate a mysterious disappearance only to find a series of threatening letters—and an unwanted suitor—make real life very different from the movies. Then there's an unpleasant co-star who's found murdered during an opening night. Surely detection can’t be that hard?

Whitlock hadn’t exaggerated.
George Howell was far beyond the help of medical aid, with what appeared to Toby’s untutored eyes to be a stab wound plumb in the left side of his chest, the blood massing on his crisp white dinner shirt. The actor was lying in an alcove off one of the corridors back of house, just around a corner from the office where Toby had made his telephone call. Most likely George had been lying there already dead while Phyllis was being contacted, although why had nobody noticed him before?
“Nobody ever comes along here,” Whitlock said, his thoughts clearly going down the same lines. “I only went to investigate because...” He turned a ghastly greenish shade, as though about to decorate the carpet with his stomach contents.
“Steady on. Let’s go back around the corner where we can’t see him. There’s nothing we can do to help the chap now, except keep gawkers away. Mr. O’Connor will have ensured the police are on their way.”
They’d encountered the doorman in the corridor, Whitlock asking him to contact the authorities as a matter of urgency. And to ensure all the external doors were locked and kept locked after he’s done so.
Once they’d got safely out of sight, Toby halted. “You were saying?”
“What? Oh, yes. Nobody would usually be going to that part of the building at this time of day. Haunt of cleaners and the like. I only went to investigate because of the theatre cat. He’s black and white you see, only when he came round the corner and trotted towards me I noticed that the white bits were—” Whitlock paled again.
“Yes, I get the drift.” Like the old joke, black and white and red all over. “It might be an idea to see if we can locate the cat before he’s had the chance to clean himself. He could be carrying vital evidence.” As would the killer themselves, given how far the blood had spread, although the moggy might have had something to do with that aspect. The soiled murder weapon would be tricky to hide, especially to smuggle out of the building—why had the killer not left it there in an attempt to make it look like an unusual suicide? Although the killer could be long gone by now, those locked theatre doors having been locked too late to prevent the horse bolting.
The sound of Alasdair’s voice, in conversation with Sir Ian, floated up the stairs. Toby sprang to head them off. “I’m afraid it’s definitely George. Stabbed to death by the look of it. Mr. Whitlock’s in a fair state about the situation.”
Alasdair gave him a brief are-you-all-right glance, to which Toby nodded. He’d seen much worse during the war, and among men he’d liked better. Alasdair turned to O’Connor, who had followed them, a few steps behind. “Best take Mr. Whitlock downstairs to the green room and get a sweet tea into him if somebody will rustle one up.”
“Oh, God,” Sir Ian groaned, when they’d taken him to view the body. “I wouldn’t wish that on my worst enemy.” He eyed the corpse again, then ran his hands through what little hair still adorned his pate. “This is terrible, and not just for him. You’ll think me hard-hearted, but what about the publicity? For the theatre and for the studio.”
“I wouldn’t worry about that.” Alasdair’s stern tones were evidently as clipped as he dared when addressing somebody who had such power over his career. “It’s the sort of sensation that will make people flock to his last film, anyway. The man plying the murderer is himself murdered.”
Toby nodded. A cynical viewpoint, admittedly, but probably an entirely realistic assessment of the situation.
“I’m not thinking of that, so much as...” Sir Ian appeared to be struggling for words, even though he’d have seen men killed much more brutally the best part of forty years previously. “There were plenty of Landseer people here tonight. What if one of them killed Howell? A viper in our midst.”
That was a scenario that even Alasdair’s finest raising of the insured eyebrow wouldn’t have been expressive enough to remark upon.
And finally – a lovely summer sky over Cochrane central. 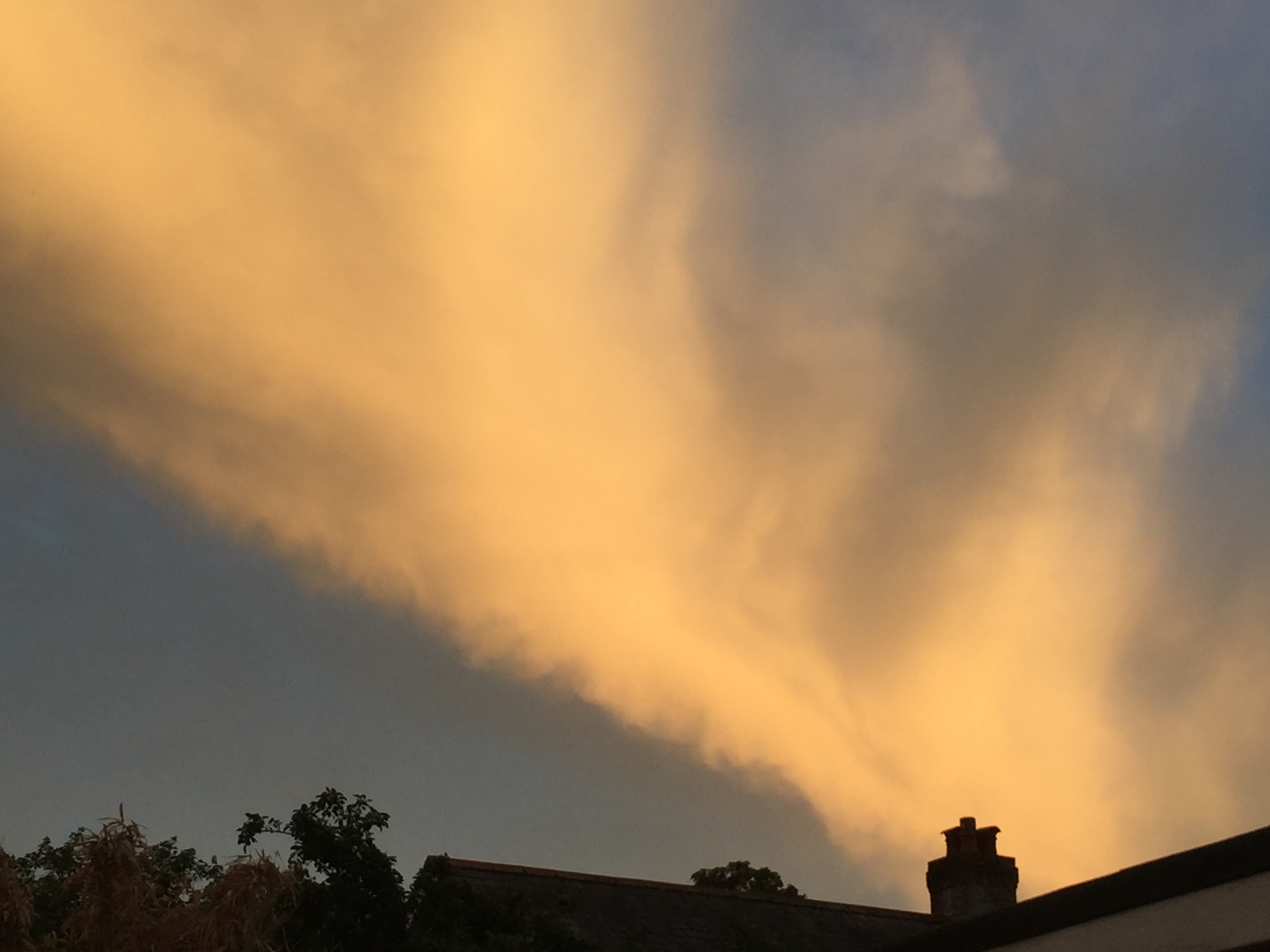